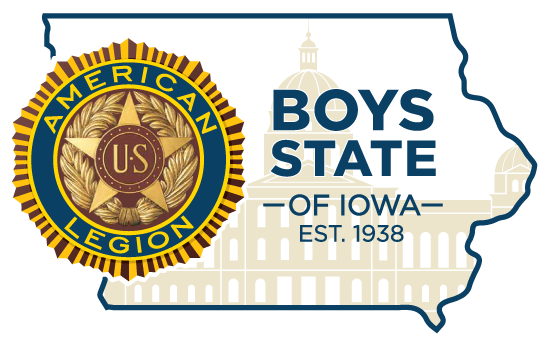 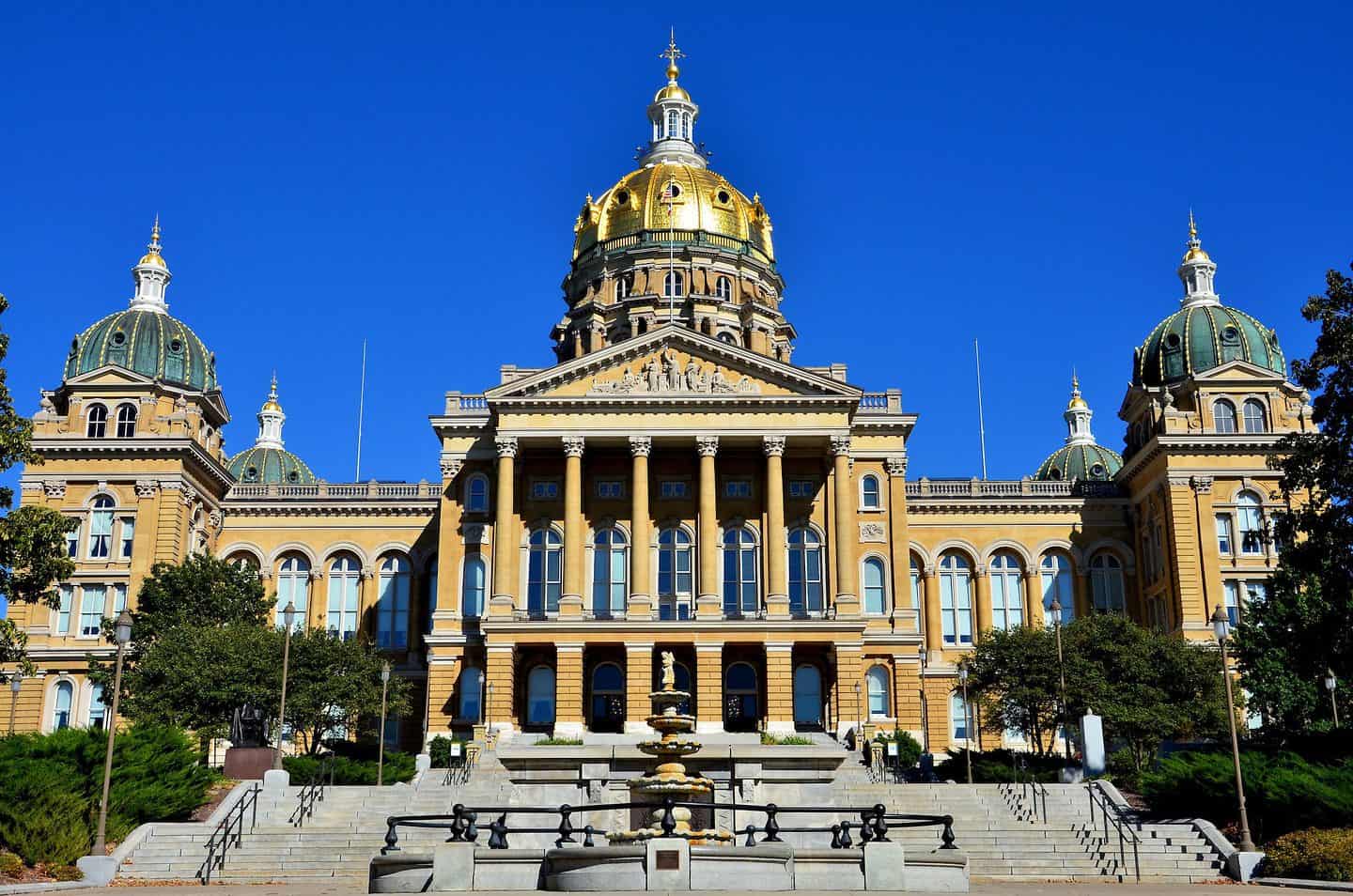 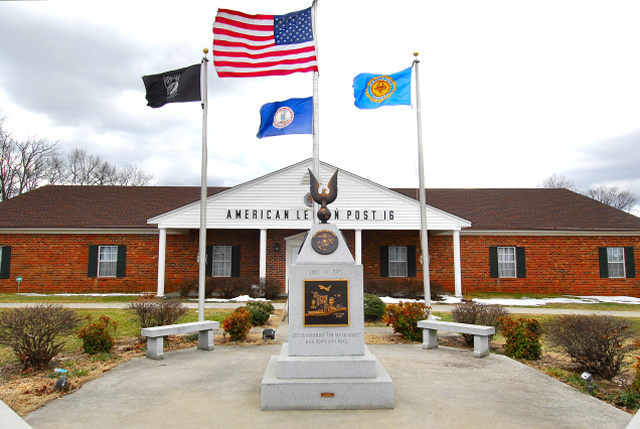 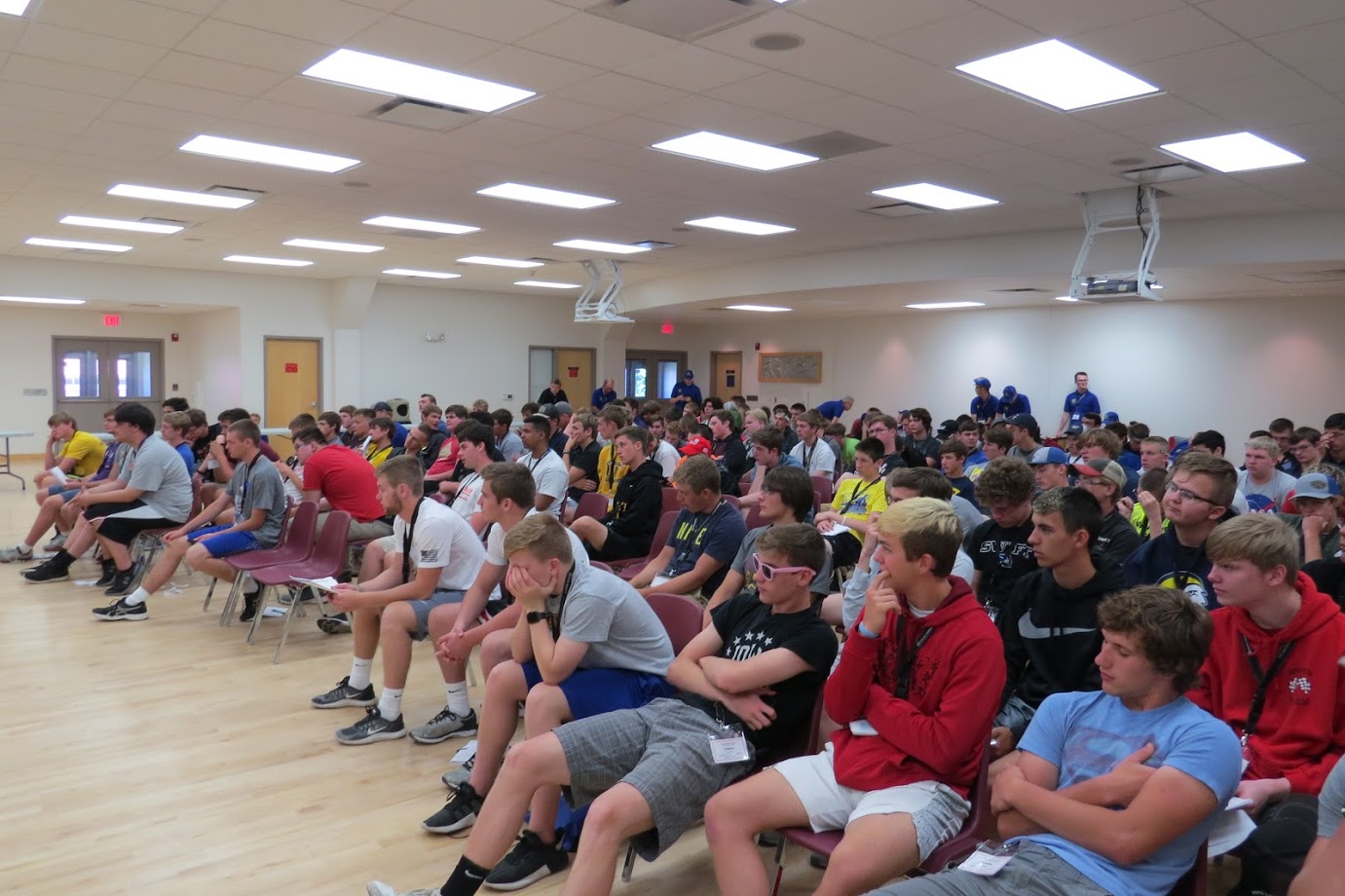 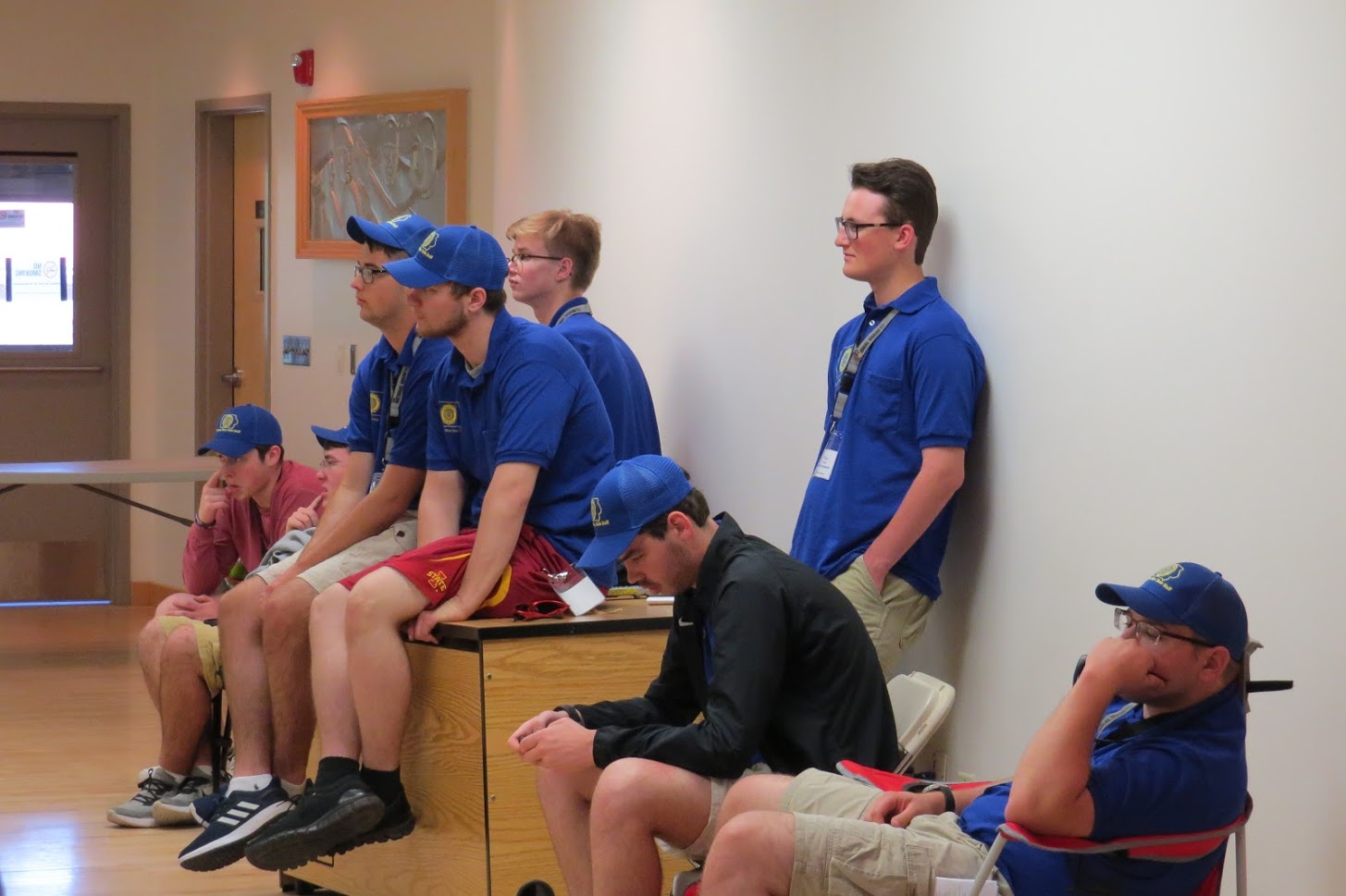 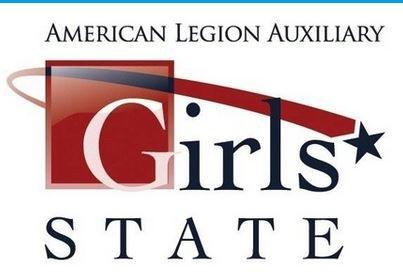 Welcome to The American Legion of Iowa Boys State 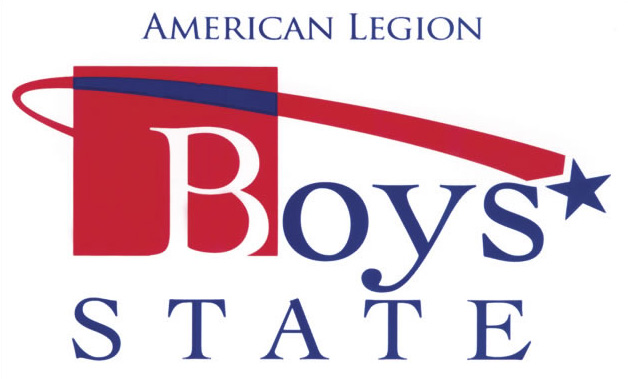 The American Legion of Iowa Boys State is a week-long, hands-on youth civics leadership experience in the operation of the democratic form of government. Students learn more in one week than they would in a semester of high school civics. In addition, there are opportunities to win scholarships and earn college credit to applicable schools.

Through the local American Legion Post, delegates or citizens of Boys State are selected and sponosored to participate. Find your local post to learn more and get involved. For more information and criteria, check out our FAQ section.

Who are the District Board Members?

What exactly is Boys State?

The short answer, Boys State is a training program in citizenship and democracy.

The American Legion of Iowa Boys State is a week-long, hands-on experience in the operation of the democratic form of government, the organization of political parties, and the relationship of one to the other in shaping Iowa government. Through the Boys State objective of learning by doing, delegates will learn about city, county, and state government more in one week than they would in a semester of high school civics.

Who is eligible for Boys State?

What are the dates for Boys State?

The next Boys State session can be found at the top of this page.

Where will Boys State take place?

Since the beginning of The American Legion of Iowa Boys State, the program has taken place on and within the grounds and facilities of Camp Dodge located in Johnston, Iowa. Camp Dodge Joint Maneuver Training Center serves as the state headquarters for the Iowa National Guard. Anyone wishing to enter the facility is required to present a valid state identification card (state id, driver’s license, military id, etc.) at the front gate.

Yes, Boys State is free to you. However, you should be aware that your local American Legion Post and/or other organizations/donors in your commuity is paying your fee to attend. Please be sure to recognize their generosity. They see something in you that they believe is worth investing their limited resources and time.

If you are unable to attend due to a conflict, please notify your sponsoring post first. They may be able to find someone else to fill your reservation. Any cancellation made after April 1 prior to Boys State forfeits your reservation and your local post cannot request a refund for their money.

What should I bring with me to Boys State?

Once you have registered as a delegate for the Boys State program, an official handbook and separate packing list will be provided to you and your primary contact outlining details for the program including what to bring. You can also download the Boy State Handbook and Packing List.

How do I get to Boys State?

If your parents will be escorting you to Camp Dodge, please follow the signage provided to our point of check-in.

Can I drive myself instead of being dropped off?

Delegates bringing cars WILL NOT BE PERMITTED TO USE THEM DURING BOYS STATE except in emergencies, and then only with the permission of the Director. After you have unpacked, you will be directed to park in a lot patrolled by Camp Dodge security. Keys must be turned in to your city counselor and kept at Boys State Headquarters (C-3). You may pick them up on the last day from your city counselor or from headquarters. This restriction is necessary for the safety of Boys State delegates and conduct of Boys State program.

Can I arrive late or leave early?

We highly recommend avoiding this scenario. However, we understand there may be circumstances which cannot prevent a late arrival or early departure.

If you will be arriving later on the first day of Boys State (Sunday – check in from 9 AM – 12 PM), please notify your sponsoring American Legion Post and email boysstate@ialegion.org. Please include your name and sponsoring post number. We will indicate this in our database with your registration so you will not be marked as a “no show”. If you will be arriving a day later, it is our recommendation that you do not participate. The first day is crucial to the program. There is no place in the program to play catch up after missing Day 1.

If you need to depart early, please notify your sponsoring American Legion Post and email boysstate@ialegion.org with the reason. The Director will need to evaluate the circumstance and give his approval. An early departure that is not approved will be counted as an incomplete of the program.

Can I bring personal electronics with me (cell phone, tablet, laptop, etc.)?

Your barracks will not have a telephone. Cell phone, and use of tablets/Ipads/laptops/electronic readers/etc., is permitted only when activities are not in session (during free time). Wi-fi usage is extremely limited, as you are on a military installation and security measures are followed. Please note that The American Legion of Iowa Boys State and Camp Dodge will not be held responsibile for lost and stolen items. Securing your item will be your responsibility. The inappropriate use of electronic devises while attending Boys State is prohibited. Anyone caught may be asked to give up their electronic device or they may be dismissed from the program. If such a case, your parents will be responsible for picking you up at their expense.

We advise against bringing expensive electronic in addition to your cell phone.

What if I missed or cannot attend an orientation?

We strongly advise against missing a live orientation. The orientation provided by Boys State in your district provides you and your parents an introduction to the program and other delegates from your area of the state. This gives you and especially your parents a chance to interact and ask questions. It is strongly recommended one or both of your parents attend with you.

If that is still not possible for some reason, you will need to contact The American Legion Post sponsoring you first. They are your first point of contact – they are the Legionnaires who selected you. They can review the online materials and orientation with you at a convenient time.

Are there scholarship available from Boys State?

Boys State awards and scholarships are made available to those students who have exemplified “statesmanship” in their qualities of character, scholarship, citizenship, patriotism and leadership. For a list of all the scholarships, click here.

What is the Samsung Scholarship?

Selection Criteria for The Samsung Scholarship: Eligibility – The student must be a descendant of an U.S. veteran who served honorably during one or more of the wartime periods. Descendant is defined as a “direct lineage, i.e. child, grandchild, great-grandchild, etc., and legally adopted children. The student must attend an accredited U.S. college or university. The scholarship is for undergraduate study only and may be used for tuition, books, fees (normal and customary) and room and board (university housing or its equivalent).

More information here. Please note the online application will not be available from National until February.

Where will I be staying while at Boys State?

You will be housed in an assigned barracks on the grounds of Camp Dodge. Two barracks make up a ‘city’.  The barracks you reside in and your city name will be given to you at check-in. Bring a complete bedroll, including blankets, sheets, pillow and pillowslip. You may bring a sleeping bag if desired. NO BEDDING IS AVAILABLE AT CAMP DODGE. TAG EVERYTHING WITH YOUR NAME AND ADDRESS. Please have adequate clothing and supplies for ONE FULL WEEK. See Packing List.

What is Boys Nation?

The National Headquarters of The American Legion conducts a program called AMERICAN LEGION BOYS NATION, held at Marymount in Arlington, Virginia, and picks up in the instruction process on government where respective American Legion Boys State programs leave off.

Can I take photos?

Yes you can take photos as long as you abide by acceptable practices and common sense. While attending Boys State, you will be photographed professionally with your fellow citizens. Your city photo will be available to you by the final assembly, if not sooner. Candid photos of activities throughout the week will be available through an archive website provided after Boys State via email. The American Legion of Iowa and Boys State, Inc. are not responsible for photos posted by fellow Boys State citizens or visitors, to any of the social medias by fellow citizens or visitors.

Our chefs prepare three outstanding meals every day to keep you well fed. From cinnamon rolls and pastries for breakfast to burgers and pork chops with delicious sides, you will no go hungry. Did we mention the custom desserts? Meals are provided to you at no cost. Your sponsoring American Legion Post, as part of the enrollment fee, pays the meal cost. You will eat in a dining area assigned to your Boys State city. You will eat with your Boys State city and your city counselor will direct you to the correct dining hall.

Shirt and shoes are required in the dining areas. No swimming trunks are permitted. The official Boys State badge is admission to the dining area, and will be issued to you at your city when you arrive. Meals are not available for your friends or relatives. Breakfast, lunch and dinner are served by schedule which will be provided to you during Day 1.

If you have a special diet or have food allergies, please indicate that on your registration. 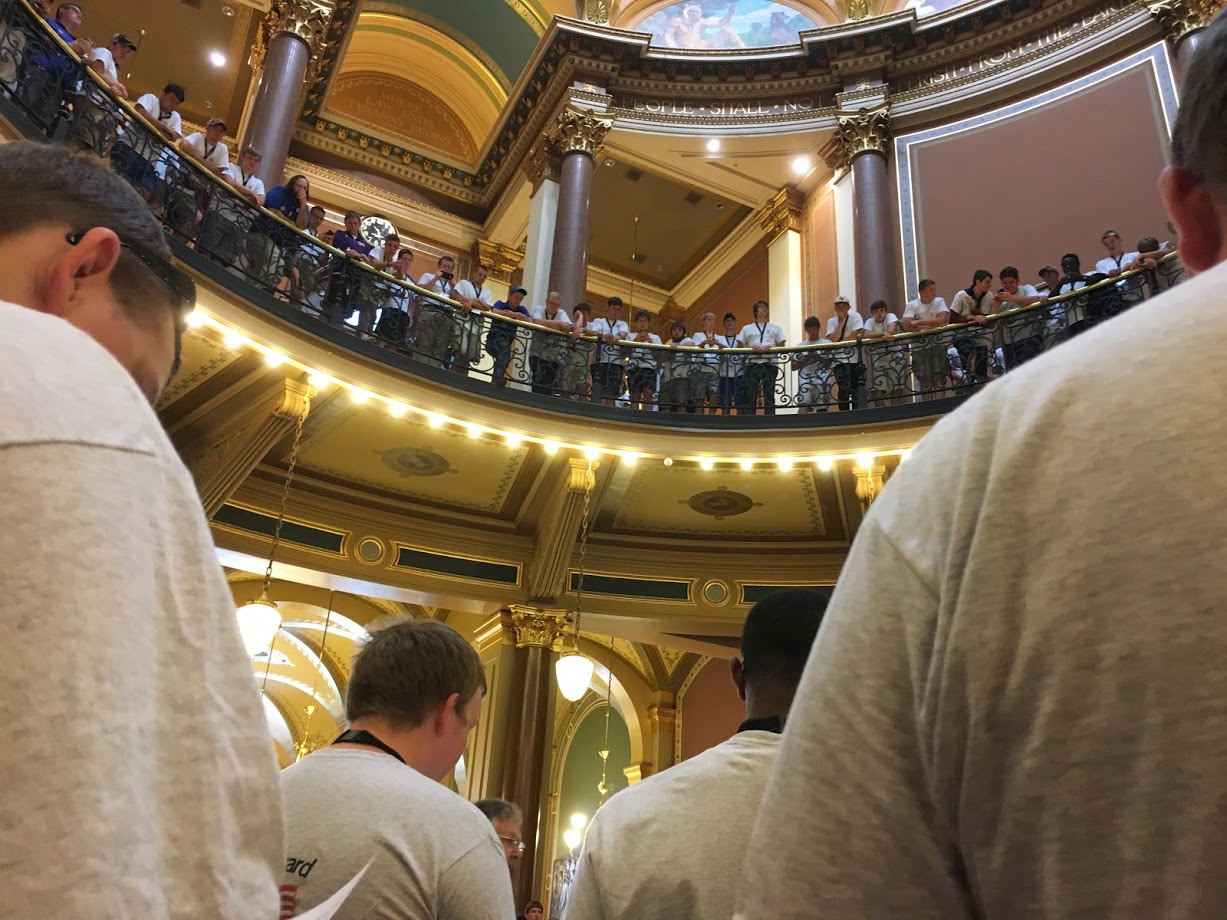 Please note the schedule of events leading up to Boys State

Make your post’s reservation here. There is a flat fee of $250/delegate.

Delegates can register based on the letter they receive from their sponsoring post.

Last day for posts to request refunds and delegates to register.

Take a tour of Camp Dodge and experience what goes on at Boys State.

Boys State is always looking for alumni, Legionnaires, and other volunteers passionate about continuing this long standing tradition of americanism. If you or someone you know are interested in being a counselor, please click on the link below. If you are a returning counselor, click on the approriate link below.