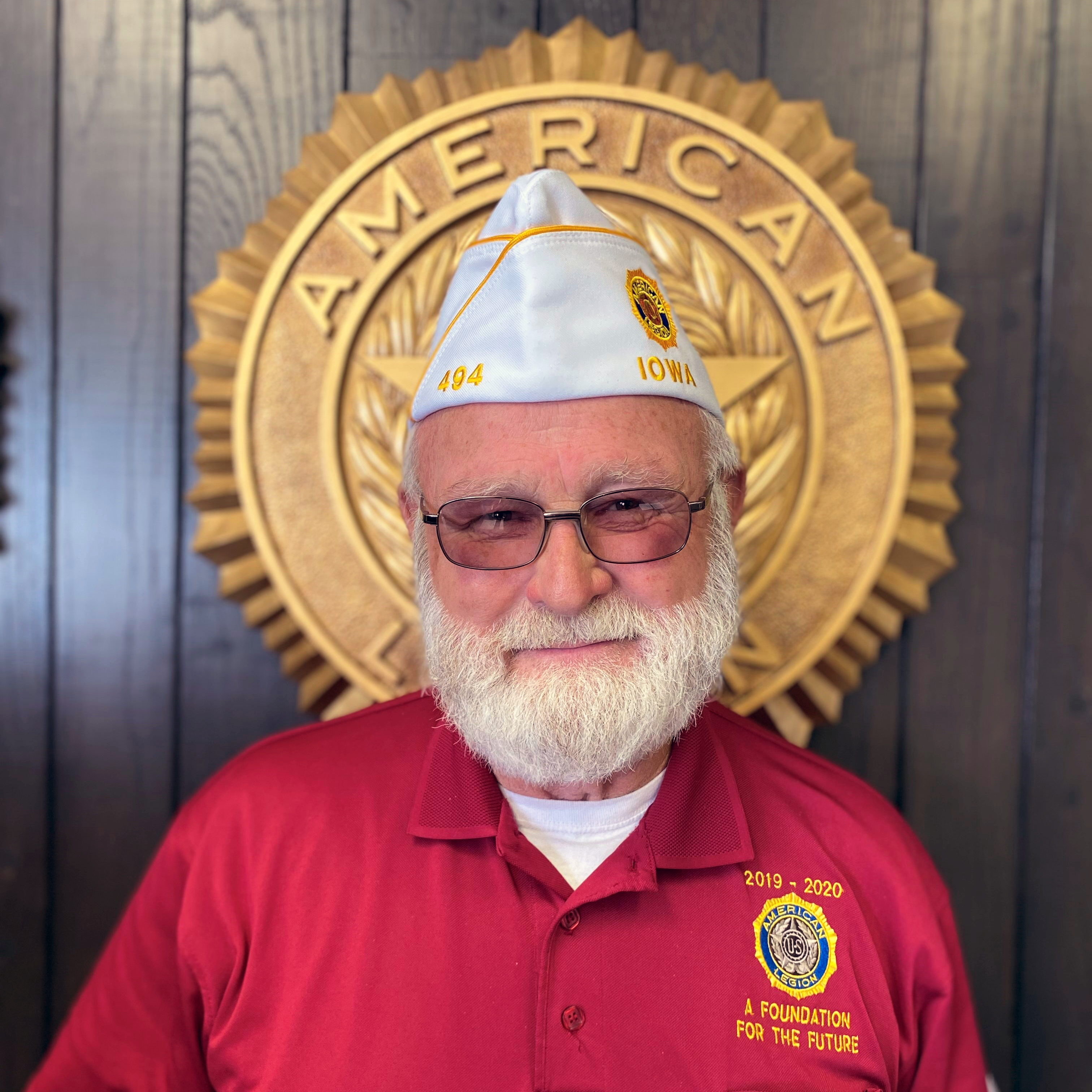 Robert (Bob) Waugh was born and raised in rural Selma, Iowa on the family’s 60 acre farm with his 11 siblings. He graduated from Fairfield High School in 1968. On August 26, 1969 he was inducted into the Army where he served 13.5 months with Co. C, 20th Engr .Bn. in the Central Highlands of Pleiku, South Vietnam. He is a 20 year member of John Hyson Renker Post #494 of Douds and is a Paid Up For Life Member. He has served as Commander, Adjutant, Chaplain and Membership Chairman at the post level. He has a great understanding of membership as he has been a critical part in bringing his post from 20 members 7 years ago to a current membership of 63. He is very active in the post as well as the community. He has served as District Vice Commander, District Commander, Department Vice Commander, and on the Department Americanism Commission.  He has also served on the Americanism and National Security Council at the national level. Bob has been married to his wife Diane for 43 years and they have 2 children. His son Jeremy and wife Lindsay have two children, Cleo and Cypress. His daughter Jessica Orth and husband Clint also have two children, Kaylee and Geoffry. Bob recently retired as a County Supervisor of 8 years after serving 7 years on the Fairfield School Board. He still drives a school bus (substitute) and enjoys his annual routine as Santa Claus. Bob likes often states that he has a PhD in Common Sense from the University of Hard Knocks. That common sense has served and will continue to serve him well in the coming year.

Commander Bob would like to raise funds for Department Headquarters in Des Moines that will go towards either renovating the current space or purchasing a new one.