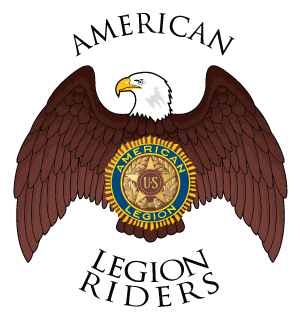 The activities of The Legion Riders are limited only by the imagination of the members of the local Riders organizations, and many chapters have independently raised thousands of dollars for local children’s hospitals, schools, veterans’ homes, severely wounded servicemen and women, and American Legion scholarship programs. Since 2006, Riders have united nationally for The American Legion Legacy Run to raise hundreds of thousands of dollars each year for The American Legion Legacy Scholarship Fund, established for the children of those who given their lives on active duty defending our freedoms around the world.

Each American Legion Rider Chapter manages its programs at the post level, where all of the best ideas are born in the best American Legion “grass-roots” tradition. Here are only a few examples of the programs and projects of The Riders:

3.     Sponsoring or participating in local charity events in support of The American Legion or of the community.

4.     Raising money for such organizations as local VA Hospitals, Women and Children’s Centers, Children and youth centers, schools, and many others.

5.     Sponsoring or participating in motorcycle “Runs” to benefit numerous charities, including charities for underprivileged children and medical research, just to name a few.

8.     Riding to honor fallen military men and women, and to protect the sanctity of their funerals from those who would dishonor their memory.

9.     Riding escort for military units enroute to departure airfields and airports to combat tours overseas, and welcoming them home upon their return.

Motorcyclists are a very dedicated group of people. When you combine them with The American Legion Family, you create a win/win situation.

How can I become an American Legion Rider?

Call The American Legion, Department of Iowa, to locate a chapter in Iowa near your home or get information about how to start a new chapter at your own American Legion post.

3.     All operators must be properly licensed and insured per state laws.

4.     All members will obey the motor vehicle laws in any state in which they are operating a motorcycle or riding as a passenger.