The following guests are scheduled to speak at the 4:00 pm Opening Session of the 2021 Department Convention: 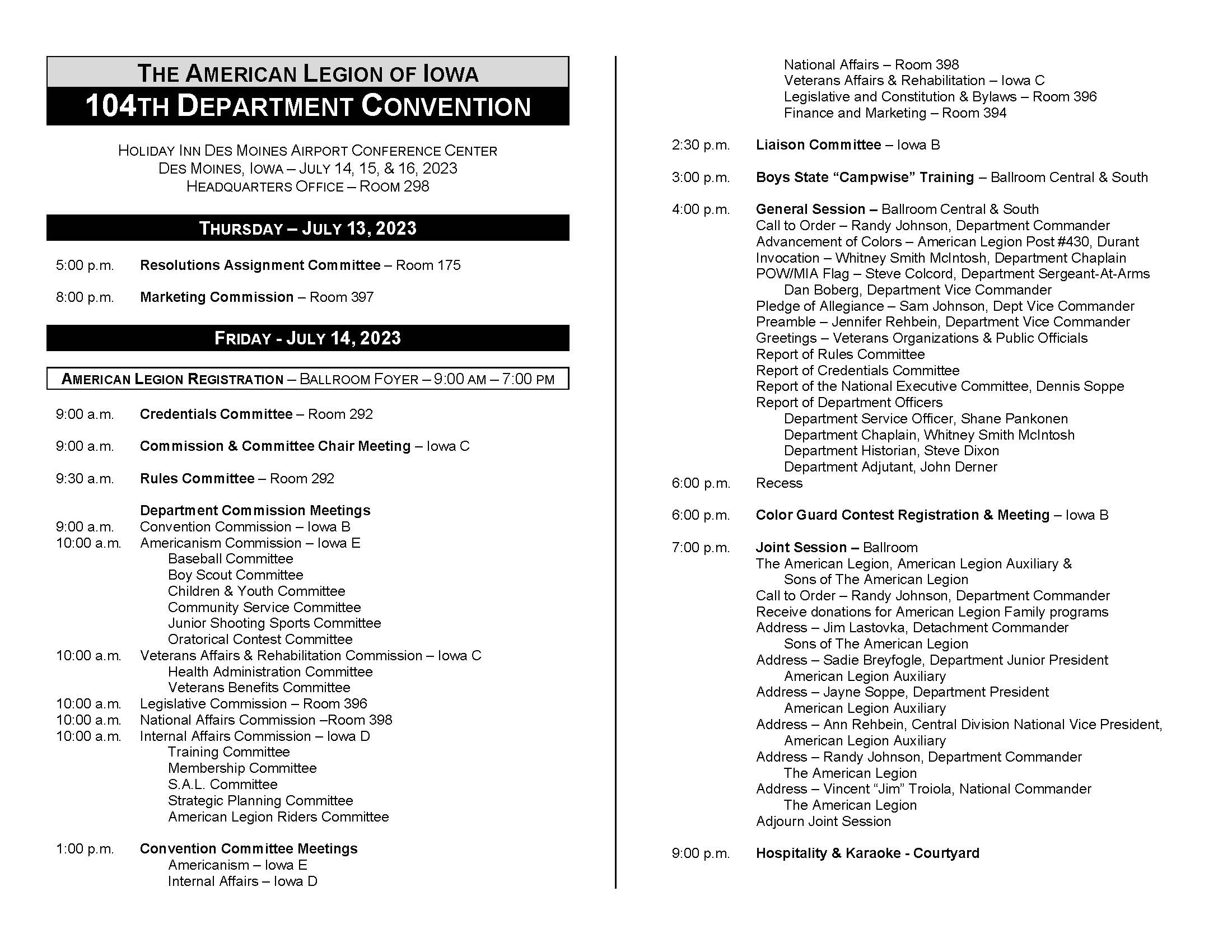 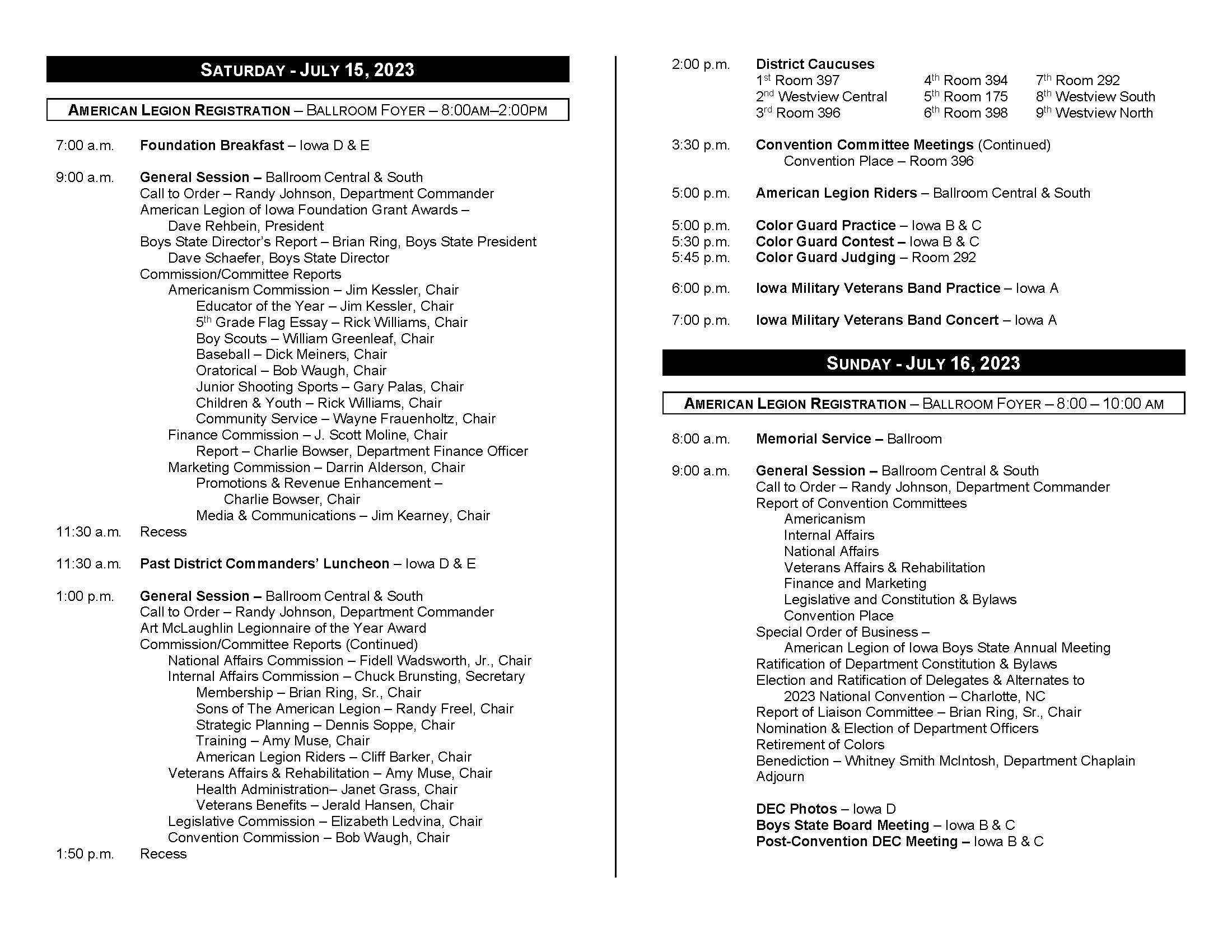 Proposed Changes to Constitution and Bylaws

The ad hoc committee appointed in September 2020 to revise and update the Department Constitution and Department Bylaws has concluded its work and presented a resolution at the June 26, 2021 Department Executive Committee (DEC) meeting for consideration.

The DEC adopted the resolution which will be presented to the 2021 Department Convention.

Instructions to the committee included making the documents gender neutral as well as making any revisions and updates needed.

Changes to the documents submitted by resolution to the DEC and to the Department Convention are indicated in red. When words are being removed, they will be in red with a strikethrough as shown here. If a substitution is being made, the new words will be in red with the words being removed shown in this way in this manner. Additions to the documents will simply be in red as they are here. A vertical line will be shown in the left margin to help draw your eye to the changes.

Additional changes have been suggested to the committee by members of the DEC.  Those changes will be submitted by the ad hoc committee to the Department Convention as an amendment to the resolution.  The changes to be submitted in the amendment are indicated in green in the same manner as described above.