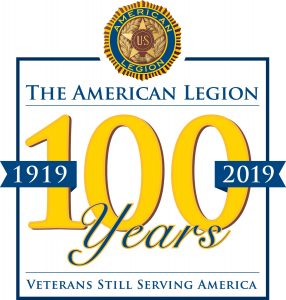 Legion family members are encouraged to come to the Capitol on the morning of March 19, 2019 to witness passage by the House of Representatives and Senate and signing by Governor Reynolds.
In order to be in the gallery in time, Legion family members should be on the second floor of the Capitol Rotunda outside the House chambers by 8 AM on March 19. Legion staff will be there to provide directions to the gallery. The House of Representatives will act on the proclamation at 8:30 with the Senate scheduled at 9. There will be time to move from the House gallery to the Senate gallery before the Senate takes action. Following legislative action, Governor Reynolds will sign the proclamation in a public ceremony.

Watch for the next regular issue of the newsletter for any changes but make plans now to attend the ceremony on March 19. 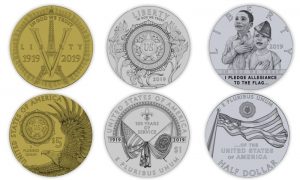 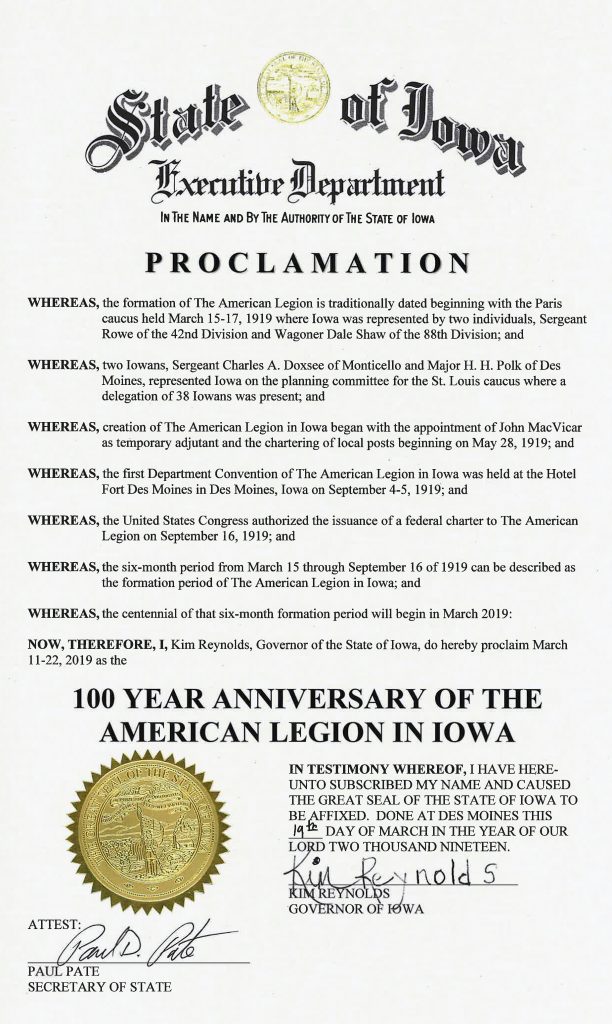